Ben and I do like a trawl round charity shops every now and again - Ben in particular is pretty good at it and my Pyrex collection is growing thanks to his hunting efforts!

Over Easter we both had a day off work (as Ben works shifts, we don't often have that many days off together) and went out for breakfast followed by a traipse through the charity shops.  The ones in town didn't have anything we wanted, so we headed to Stonepillow.  Stonepillow is a charity aimed at relieving homelessness.  They have a warehouse which is full (and I mean full) of stuff.  Furniture, electronics, books, blankets, electrical items, toys, more sofas, cutlery, you name it, they will have it.

It's one of those places you have to be prepared to get your hands in and perhaps get a bit dirty - whilst things are laid out in an organised manner, there is so much stuff that you really need to investigate a bit further.  There are entire crates of mugs and cutlery, so you have to get your hands in and have a good rummage around to see what you can find.  It's also incredibly cheap - three books for £1, for example.  I try not to let Ben go to Stonepillow unaccompanied as I never know how much stuff he'll buy: "but I only spent £8" is not really the point when you've brought back half a carload!

I thought we were safe, on this trip - we were on foot so were limited to what we could carry.  I'd paid for breakfast and in return Ben gave me a whole £1 to spend wisely (such a generous man).  We found a shredder, something we thought could be useful, and inside the box found an old cheque book - someone clearly hadn't looked through things carefully before they were donated!  I handed that in to the front desk and then went to rummage through the books.

I bought a few paperbacks, knowing I'd be able to carry them.  I am sensible and knew they would easily fit in the bag for life I had in my bag, and my arms wouldn't be complaining on the way home.  Ben was slightly less sensible and bought quite a few hardbacks and other assorted bits and pieces.

As I joined  the queue to pay, I went past the bedding.  There was a whole section of old blankets, including a crocheted one - it made me think about who had made it, who for, who had donated it.  Every item has a story.  Then a duvet cover caught my eye - I wasn't even looking in the double duvet section (Ben and I have separate bedding as we are rubbish at sharing a duvet, I have a single one and he has a double) but this one was calling out at me: 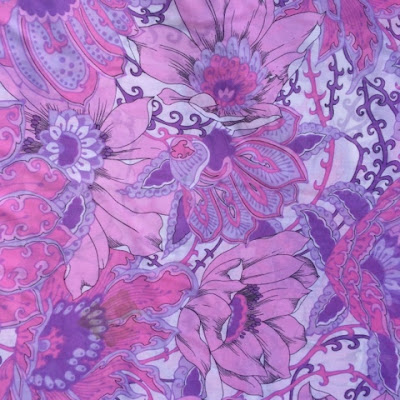 I realise this isn't everyone's cup of tea - it's rather pink, rather garish, and very '70s.  I love it!  For £4 it was mine, I decided I knew enough people with a sewing machine who could be persuaded to turn it into a single duvet cover for me.

We then popped to Waitrose to buy a few things for lunch - struggling at this point as someone (Ben) had bought more than we could comfortably carry.  We both got carried away at Waitrose and decided Ben would go home and get the car - much quicker and less painful than trying to carry our purchases (oh, we'd bought 100 Creme Eggs which were reduced to 50p per box of five - that's why we couldn't carry everything!).

Back home, I washed the cover.  It's quite thin, and there's a little stain near the top, but I was really beginning to like it.  I sent a request to mum, and one of her friends who is a whizz with a sewing machine agreed to take this and turn it into a single duvet plus make drawstring bags for knitting projects out of any remaining material, in exchange for a cake (which mum made in exchange for some Creme Eggs).

I passed the cover on that weekend when I went home for a visit and then last month, it was returned to me, in all its single cover glory: 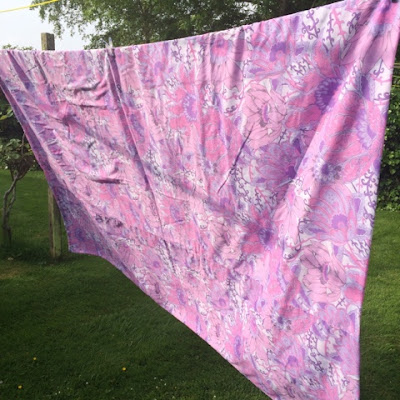 I love it.  Possibly a tad too pink for my tastes generally, but it makes me smile whenever I look at it, and has been great clashing on the bed with Ben's cartoon duvet cover.  Although I'd already decided it was going to be cut up, and therefore not interested in selling it, Ben looked it up on eBay and found similar 1970s duvet covers were selling for around £30 - something to do with when duvet covers were first becoming popular.  However, we'd never have used it as a double (for some reason, Ben prefers his duvet cover collection to mine) and I'm a great believer in actually using things, so it went to be cut up.

So, for £4 plus a few bargain Creme Eggs, and a bit of gift exchange, I have a lovely new duvet cover.  Probably my favourite charity shop purchase of the year so far.
Labels: charity crafts decorating 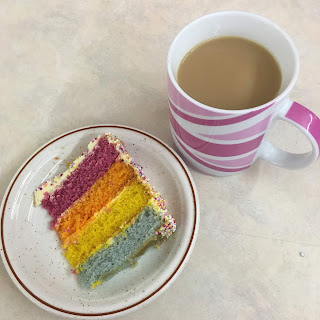 That night I slept on a warship 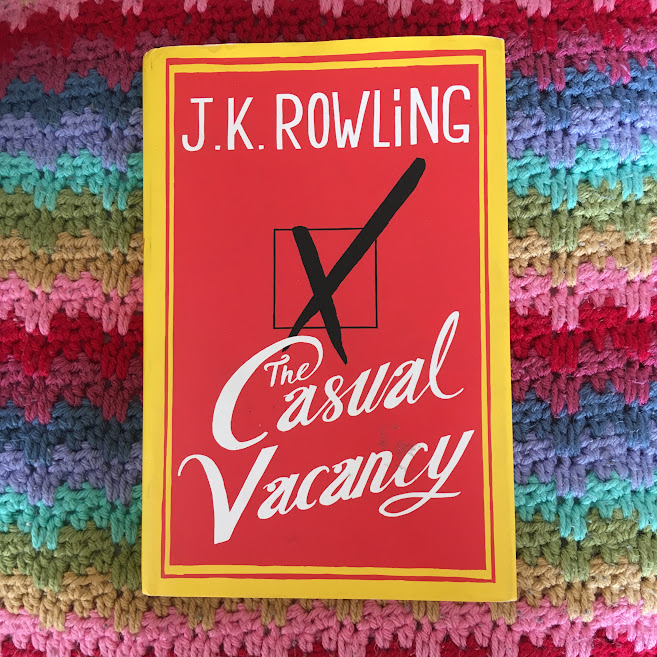 What I've been reading: June, July and August